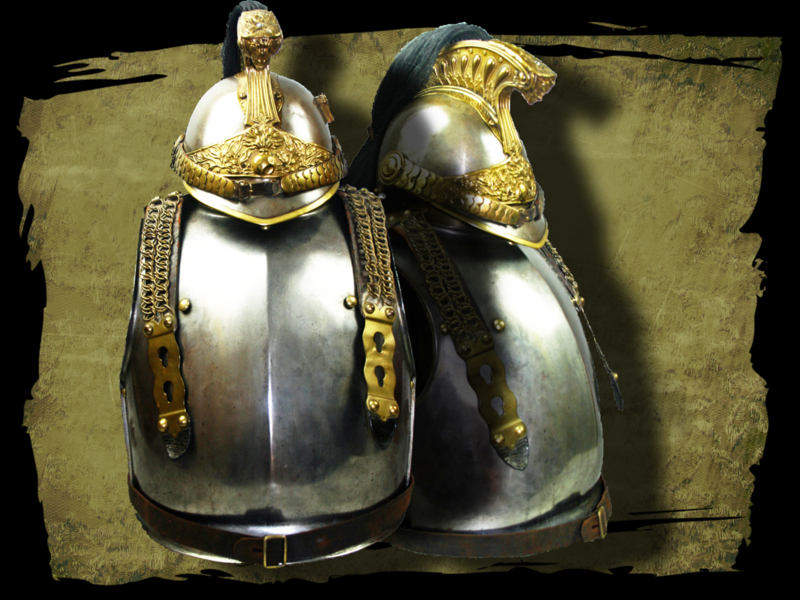 Here we have some genuine battle grade French half armor and helmet, as was used during the Napoleonic Wars and famously featured during the Battle of Waterloo.